To mark World Suicide Prevention Day today, the Campaign Against Living Miserably (CALM) has published three real suicide notes in five national newspapers. They are hard to read, shocking in fact, but they come with a surprising message of hope.

CALM’s new campaign has been designed to raise awareness that having suicidal feelings is not as unusual as people imagine – especially for men. Research shows that four in 10 men under the age of 45 in the UK have contemplated suicide at some point in their lives. Recent data released by ONS show that one man takes his own life every two hours in Great Britain and that three in every four suicides are male.

However, having actively prevented 456 suicides in 2016 through its support services, CALM’s clear message in this new campaign is that suicide can be prevented. To demonstrate this, the three men whose suicide notes are published today all lived to tell the tale.

Simon Gunning, CEO of CALM, said: “We believe that more men like Jonathan, Ronnie and Bobby can choose to keep on living, even after feeling suicidal. That’s the message of hope we want to convey to any man who feels this way. By sharing these stories today, we’re showing that life is always worth living.”

Jonathan Benjamin, now 30 and an active mental health campaigner, penned his suicide note in 2007, before a stranger intervened and saved his life. Since then he has had suicidal feelings, but explains how he now knows how to cope with them: “When those thoughts and feelings return they do so with the same intensity. But now I make sure I have an outlet for them. I recently used CALM’s webchat and found that very useful. Just expressing my suicidal thoughts can take away some of the grasp they seem to have on me.”

Ronnie Joice, also 30, wanted to share his own note in order to reach others who might be feeling or have felt the same way. His message is clear: “If suicide could be as omnipresent in our society as cancer is today it would make it so much easier to talk about. It’s hard to know when someone is on that journey, but if someone who reads my note felt like I did, well, I want them to read it and decide, ‘No. I won’t feel like this anymore.’”

Bobby Smith, now 35, wanted to share his note because he believes there is widespread discomfort around talking about suicide. He said: “This is 2017 – we all need to come to a point in time now where humanity begins to take care of itself. If I can help just one person, then what I have been through will have been worth it.”

CALM’s campaign is made in collaboration with award-winning creative agency Adam & Eve, and will be featured today in the Mail on Sunday, The Observer, The Sunday Times, Sunday Express and The Sunday Telegraph. 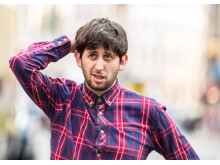 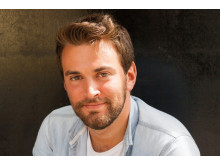 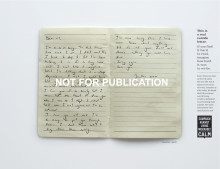