To celebrate Record Store Day on 22nd April 2017, Elbow have announced a 7” release as part of Torch Songs, the project led by the Campaign Against Living Miserably (CALM). The release marks the first release from the band to follow their recent UK Number One album ‘Little Fictions’; their second consecutive album to debut at the top of the album charts.

Torch Songs brings together top artists and music lovers to share the tracks they turn to when things get tough, shedding light on how commonplace it is to face pressures in life. Latest UK figures show men are three times more likely than women to take their own life, and less likely to tell anyone about going through depression.

A limited edition run of only 1,000 copies of Elbow’s new 7” release, a cover of ‘August & September’ by The The, will be available in selected UK record stores. This accompanies online Torch Songs releases from rock band Mallory Knox, Leeds post-punkers Post War Glamour Girls and R&B singer Ady Suleiman. Many more top artists will release Torch Songs through 2017.

BBC Radio 1’s Huw Stephens has championed the campaign, saying: “Music is a constant, a saviour in the world which is unique to everyone. The artists involved, sharing their unique cover versions of their personal Torch Songs, are magnificent. The songs strike the right note; give you hope; remind you of the possibilities; remind you you're not alone.”

James Scroggs, CALM’s Chair and creator of Torch Songs, said: “It’s normal for all of us to encounter tough times. We also know music is a universally powerful tool to lift the spirits. So we hope Torch Songs provides the inspiration men need to find a way through."

CALM ambassador Ady Suleiman explains why he is supporting the campaign: “I chose Bill Withers - Lean On Me as my Torch Song. This song tells it how it is - that it's very common to sometimes feel down and life is not always smooth sailing. It makes me feel okay not to be okay all the time.”

All Torch Songs tracks go to radio and will be available at torchsongs.co.uk, as well as Spotify, iTunes, and YouTube.

You don’t have to be a musician to get involved — fans are encouraged to spread awareness by sharing their own Torch Songs online with the hashtag #whatsyourtorchsong.

All Torch Songs are available at www.torchsongs.co.uk 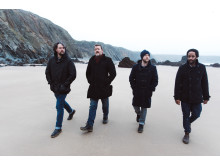 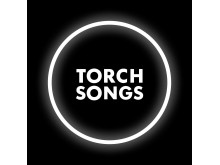 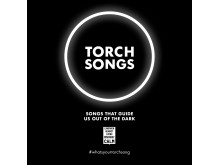