Grassroots men’s publication CALMzine has had a royal makeover thanks to an exclusive joint interview from The Duke of Cambridge and Prince Harry, who discuss grime star Stormzy, men’s mental health, and the British stiff upper lip.

The royal brothers’ interview is part of CALMzine’s special ‘Marathon Issue’, released today ahead of the 2017 Virgin Money London Marathon, where both The Duke of Cambridge and Prince Harry will champion their mental health campaign Heads Together. CALMzine is published by one of the Heads Together charity partners, the Campaign Against Living Miserably (CALM), which is dedicated to preventing male suicide.

Suicide is the single biggest killer of men under 45 [1], a statistic The Duke of Cambridge describes in the interview as “absolutely appalling”. CALM research also shows men are much less likely than women to talk to anyone about going through depression [2]. Prince Harry explains that this is partly due to the fact that "men especially feel the need to pretend that everything is OK."

CALMzine is designed specifically to reach men on their own terms and on their own turf, offering a relatable, supportive space for creativity in the guise of a quarterly lifestyle magazine. This issue’s exclusive royal interview sees The Duke of Cambridge and Prince Harry draw on their own experiences of military life and fatherhood to shed light on the pressures facing men today.

Of his time serving in the military, Prince Harry shared: “You’ll do anything for each other, scrub each other’s boots, drag each other through the mud, anything. Yet, on the other hand, this support for each other hasn’t included looking after how your buddy is feeling and thinking about things.”

The Duke of Cambridge focuses on the importance of role models opening up about their mental health: “The recent interview by Stormzy about his depression was incredibly powerful and will help young men feel that it’s a sign of strength to talk about and look after your mind as well as your body. There may be a time and a place for the 'stiff upper lip', but not at the expense of your health.”

Simon Gunning, CEO of CALM, has praised the royal contribution to CALMzine: “It’s incredibly significant that the Duke of Cambridge and Prince Harry have lent their voices to CALMzine, as it’s a way we can reach men who may feel they’re not coping but are unsure of where to go or what to do. Seeing all different kinds of men represented in the magazine – from princes to artists, athletes or musicians – makes it clear that we’re all in this together and it’s not unusual to have a tough time.”

CALMzine is available online at www.thecalmzone.net/calmzine and in print from selected TOPMAN stores and other stockists across the UK.

[2] 67% of females who have experienced depression talked to someone about it, compared to only 55% of males - CALM’s Masculinity Audit 2016 http://bit.ly/masculinity2016.

CALMzine is your quarterly splash of collective self-expression – packed with revealing interviews, honest writing, art, poetry and piss-taking. The antidote to lads mags: it’s inspirational not aspirational, an accessible space to challenge stereotypes and preconceptions on what it means to be a man.

Founded in 2006, the Campaign Against Living Miserably (CALM) is an award-winning charity dedicated to preventing male suicide.

The Duke and Duchess of Cambridge and Prince Harry are spearheading the Heads Together campaign to build on the great work that is already taking place across the country, to ensure that people feel comfortable with their everyday mental wellbeing, feel able to support their friends and families through difficult times, and that fear no longer prevents people talking or getting the help they need.

Heads Together brings together a team of Charity Partners that have achieved great progress in tackling stigma, raising awareness, and providing vital help for people with mental health problems. The team covers a wide range of mental health issues that are close to The Duke and Duchess and Prince Harry's passions. They are: Anna Freud National Centre for Children and Families; Best Beginnings; CALM – The Campaign Against Living Miserably; Contact (a military mental health coalition); Mind; Place2Be; The Mix; YoungMinds. 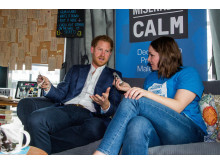 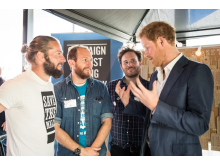 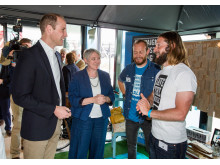 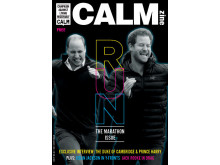 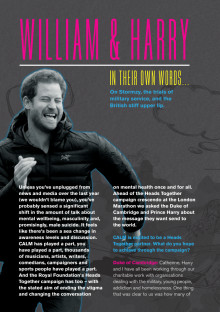