To mark Men’s Health Week 2017 while recognising that, on average, 12 men a day die by suicide in the UK, the Campaign Against Living Miserably (CALM) will hand out limited-edition ‘Mind The Chap’ Oyster Card holders at 12 London tube and rail stations during the morning and evening rush hours of June 14.

With support from Topman, Octopus Investments, Dennis Publishing and The App Business, the 2017 Mind The Chap campaign lands in the middle of Men’s Health Week (June 12-18, 2017) and is targeting thousands of commuters with the slogan ‘Mind The Chap’ to serve as a reminder that men are three times more likely than women to die by suicide.

CALM CEO Simon Gunning said: “It’s incredibly important that we keep raising awareness of the fact that suicide is the single biggest killer of men under 45 in the UK. Over 55,000 Oyster Card holders have been handed out since the first Mind The Chap event in 2015, and CALM is proud to have a presence at London’s tube and rail stations again this year.”

There were 6,117 suicides in the UK in 2015 of which 75%, or 4618, were male (NISRA, GRO, ONS). Despite CALM’s recent findings that 42% of men in the UK had considered taking their own life, male suicide remains a taboo subject. Worryingly, half of those men did not talk to anyone about it, and nearly half of those that stayed silent did so because they “didn’t want people to worry”.

Founded in 2006, the Campaign Against Living Miserably (CALM) is an award-winning charity dedicated to preventing male suicide. We do this by providing support services for men who are down or in crisis, and campaigning for culture change to tackle outdated stereotypes of masculinity that prevent men seeking support.

CALM’s helpline and webchat are open daily 5pm-midnight and are free, confidential and anonymous https://www.thecalmzone.net/get-help.

Londoners urged to mind the chap in the times of the mens health week.

Synchronizing settings in Windows 10 is easy, here we will know how to sync settings in windows 10

Representatives from six leading men’s fitness businesses around the sector met at the 2nd international Congress on men’s health in Vienna, Austria in 2002 and resolved to work collectively to launch global guys’s fitness Week (IMHW). The goal is to growth awareness of male health troubles on a worldwide level.

You have successfully hacked the Roblox platform by using Roblox hack tool. Restart the Roblox app and then, get the free and most premium Roblox experience.

Spotting and stopping guys’s fitness issues isn't always just a man’s difficulty.
due to its effect on better halves, mothers, daughters, and sisters, men’s health is certainly a family issue 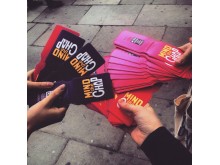 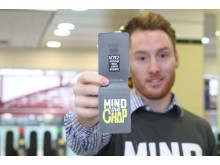 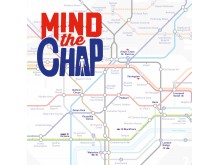