The Campaign Against Living Miserably (CALM) has teamed up with digital agency 360i Europe to launch #ChangeThePicture, a campaign aimed at challenging restrictive male stereotypes and launched to mark International Men’s Day on 19 November 2017.

CALM is dedicated to preventing male suicide, the single biggest killer of men under the age of 45 in the UK. Every day in the UK, 12 men on average take their own lives. To reflect this shocking fact, #ChangeThePicture features 12 real men’s stories. The campaign shows stereotypically masculine photos posted on social media, then reveals the unexpected and invisible reality behind each image: vulnerability, mental health problems and suicidal feelings.

One of the men featured in #ChangeThePicture is former professional footballer and boxer Leon McKenzie. Now an ambassador for CALM, McKenzie’s image shows him celebrating a milestone career goal on the pitch surrounded by adoring fans. His reality behind the image was a different story.

McKenzie explains: “Do you see a man that’s happy in this picture? Full of confidence? On top of the world? Actually I was suffering from depression – feeling sad, lonely and empty inside. I was going through so much off the field but I never showed fans, media, team mates or coaching staff the Leon that was suffering.”

Simon Gunning, CEO of CALM, commented: “CALM has been working for more than a decade to prevent male suicide. Part of our work is providing immediate support for men in crisis. Another key part is striving to change culture and attitudes so that fewer men get to that point at all. #ChangeThePicture is our chance to look at things differently, and help rid our society of all the pressures men feel to be and act a certain way."

Melissa Ditson, Executive Creative Director of 360i Europe added: “Men’s mental health is an issue we care deeply about at 360i. #ChangeThePicture is a hard hitting campaign with an important message that aims to change behaviour. It’s a powerful creative idea promoting progressive masculinity and has been rewarding for the team to work on, as has working with CALM.”

#ChangeThePicture invites everyone to take a closer look at the man behind the picture and, by doing so, challenge the damaging and unattainable masculine stereotypes we see across social media and beyond.

For more information and to get involved go to www.thecalmzone.net/changethepicture.

For more information about CALM contact: Neil Wood on neilwood@thecalmzone.net / 07738 160 434

The #ChangeThePicture campaign will stretch across social media, press advertising and outdoor media with over 600 placements donated across the UK.

Download each of the 12 images featured in the campaign: http://bit.ly/ChangeThePictureImages

For more information about 360i Europe contact: Josh Colley on josh.colley@dentsuaegis.com

360i is a progressive digital agency powered by curiosity. 100 people, 23 nationalities spanning insight-led planning, social, creative and performance media. We are pushing to be the most progressive agency within Dentsu Aegis Network, always striving to make tomorrow better than today. We have a mix of clients across multiple sectors, including IKEA, Lidl, Enterprise Rent-A-Car, Eurostar and TSB.

Mark Creighton, Chief Operating Officer, Dentsu Aegis Network UK said: “We’re delighted to be supporting CALM in their mission to tackle gender stereotypes as one of our chosen charities for gender equality network, ONE. This campaign has been 11 months in the making and has been built on true collaboration and a shared vision between all the parties involved. By working together, we can build an equal, open, and honest environment for everyone.” 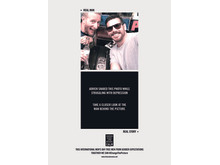 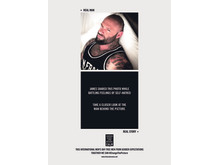 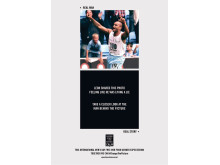 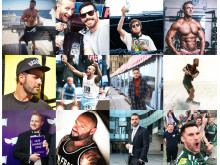 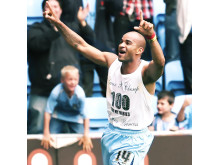