This week, as part of his work with the Heads Together, The Duke of Cambridge met with staff, volunteers, and supporters of the Campaign Against Living Miserably (CALM), a charity dedicated to preventing male suicide, as he gave his support to the Best Man Project.

An exclusive film shows The Duke joining eight other men including former professional footballer and pundit Rio Ferdinand, musician Loyle Carner, and radio and TV presenter Roman Kemp, to share personal stories of how friendships can have positive effects on men’s wellbeing. The Duke himself discussed his strong relationship with his brother, Prince Harry, as well as touching on how friends have helped him through good times and bad. Watch the film here: https://youtu.be/lGZqw1DoTcY

CALM works to prevent male suicide, the single biggest killer of men under 45 in the UK, by providing support services and campaigning to change attitudes that prevent men seeking help. Research shows men’s social connections can wane over time and social isolation is a growing problem, especially for men over 30 [1], while men are much less likely than women to feel comfortable when a man they know opens up to them [2]. However, friendships and peer groups can be instrumental in supporting men’s mental health and wellbeing, and these social connections can provide a lifeline for those in crisis.

To celebrate this, CALM launched the Best Man Project in November 2017. An honour many men experience, being a best man is often a shining example of what it means to be a great mate. Through the Best Man Project, CALM is asking: why save it for a wedding? The Best Man Project has been designed as a helping hand for men who want to feel confident and comfortable being there for mates in good times and bad.

Simon Gunning, CEO of CALM, said: "We know friendships can have a hugely positive effect on men’s wellbeing, so we’re delighted to have the support of The Duke of Cambridge in shining a light on the important issue of male mental health. Building and maintaining connections with others can be genuinely lifesaving for men, and that’s what CALM’s Best Man Project is all about.”

Dr Jay Watts, a Clinical Psychologist, Psychotherapist and CALM supporter, said: “Friendships are incredibly important for mental health, providing social support, connection and community. The Best Man Project is about celebrating male friendship, and encouraging these to be lifelong, deserving of time, celebration and investment. It is so much better to keep these relationships going in good times, even when Netflix beckons, because it can be super hard to reach out to people one has lost contact with when times are tough.”

Further films featuring Rio Ferdinand, Loyle Carner and Roman Kemp will be released over the coming weeks. Follow the #BestManProject on social media and sign up at http://bit.ly/BestManProject to receive tips and advice on being a better mate every day, straight to your inbox.

[1] Of men that had experienced or are experiencing loneliness the average age to feel most lonely was 35 (research on behalf of Jo Cox Commission on Loneliness, 2017)

CALM’s #BestManProject campaign launched in November 2017. For more info and to sign up, visit http://bit.ly/BestManProject 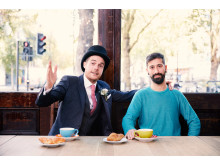 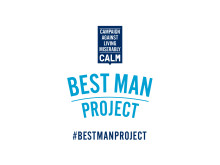 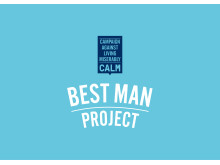 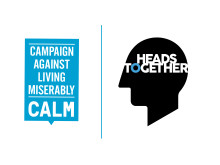 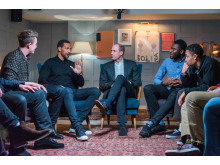 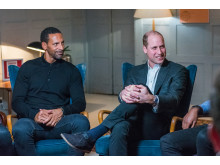 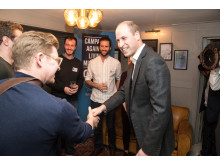 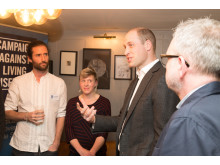 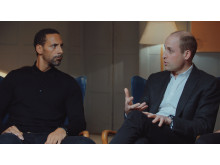