This Sunday, 23rd April, 42 runners will take part in the Virgin Money London Marathon in support of the Campaign Against Living Miserably (CALM), the UK’s leading charity dedicated to preventing male suicide.

CALM is a partner of Heads Together, the official charity of this year’s London Marathon and spearheaded by the Duke and Duchess of Cambridge and Prince Harry. CALM has been working with Heads Together for twelve months in the run up to what’s being dubbed the ‘mental health marathon’, raising awareness that suicide is the single biggest killer of British men under the age of 45 [1].

In an exclusive interview with CALM’s quarterly magazine CALMzine, The Duke of Cambridge described this statistic as “absolutely appalling”, adding that he believes “there may be a time and a place for the 'stiff upper lip', but not at the expense of your health.”

In a new film released today by Heads Together, The Duke and Duchess of Cambridge and Prince Harry discuss their own experiences. Prince Harry says of losing his mother: "I always thought to myself 'what's the point in bringing up the past? What's the point in bringing up something that's only going to make you sad? It isn't going to change it, it isn't going to bring her back.' And when you start thinking like that it can be really damaging."

CALM’s research shows men are less likely than women to talk about experiencing depression, with a common reason being embarrassment [2]. In the CALMzine interview, Prince Harry said: “We will all go through tough times in our lives, but men especially feel the need to pretend that everything is OK, and that admitting this to their friends will make them appear weak. I can assure you this is actually a sign of strength.”

This is something that resonates with one of CALM’s runners, Jonathan Stanger. A successful businessman, Jonathan, aged 44, was diagnosed with depression and turned to CALM’s services at his lowest point. He said: “CALM helped me regain perspective and seek out the right advice. This really helped me – I want to do all I can to support this wonderful charity."

Another CALM runner, Alex Stanley, 31, lost his brother to suicide. Alex said: “He didn’t feel he could talk about how he was feeling. I'm running to let everyone know it's okay to speak up and tell someone you are feeling down. Talking about your feelings is not a sign of weakness but one of incredible strength."

When Terry Creasy took his own life in 2012, his whole family were deeply affected. His wife, Philippa; son, Will; and daughter, Henrietta, are running the London Marathon for CALM and Heads Together. Philippa said: "Suicide is not a word that I ever thought would be associated with our family. We feel very privileged to have the opportunity to raise money to help other men."

As well as raising funds and awareness, training for the marathon itself has been a form of therapy for those experiencing mental health problems. For Beverly-based Paul Plowman, featured in the BBC One documentary 'Mind Over Marathon', the process has been transformative.

Plowman explained to CALM how running has helped him manage depression: "Even though doctors and friends had told me that regular exercise would improve my mental health I was stupidly quite skeptical. Six months down the line I no longer take anti-depressants and I have found that getting out at least two or three times a week running has kept me more balanced and more in control of my emotions."

Simon Gunning, CEO of CALM, said: “CALM is enormously proud of every single runner taking on the marathon challenge this weekend. The outpouring of support for our runners and for the mental health marathon is unprecedented. We look forward to translating this support into tangible change that saves lives."

[2] 67% of females who have experienced depression talked to someone about it, compared to only 55% of males - CALM’s Masculinity Audit 2016 http://bit.ly/masculinity2016.

VIDEO released today: William, Catherine and Harry discuss mental health and Heads Together ahead of the London Marathon https://www.facebook.com/TheBritishMonarchy/videos/1453145061373986/

THE CAMPAIGN AGAINST LIVING MISERABLY (CALM)

Founded in 2006, the Campaign Against Living Miserably (CALM) is an award-winning charity dedicated to preventing male suicide. We do this by providing support services for men who are down or in crisis, and campaigning for culture change to tackle outdated stereotypes of masculinity that prevent men seeking support.

The Virgin Money London Marathon takes place on Sunday 23rd April 2017 and 42 runners are taking part in support of CALM. Runners available for media are as follows:

CALMzine is CALM's quarterly lifestyle magazine and the antidote to lads' mags: packed with revealing interviews, honest writing, art, poetry and piss-taking. Read CALMzine: The Marathon Issue with an exclusive interview with The Duke of Cambridge and Prince Harry here: http://bit.ly/CALMzineRUN.

The Duke and Duchess of Cambridge and Prince Harry are spearheading the Heads Together campaign to build on the great work that is already taking place across the country, to ensure that people feel comfortable with their everyday mental wellbeing, feel able to support their friends and families through difficult times, and that fear no longer prevents people talking or getting the help they need.

Heads Together brings together a team of Charity Partners that have achieved great progress in tackling stigma, raising awareness, and providing vital help for people with mental health problems. The team covers a wide range of mental health issues that are close to The Duke and Duchess and Prince Harry's passions. They are: Anna Freud National Centre for Children and Families; Best Beginnings; CALM – The Campaign Against Living Miserably; Contact (a military mental health coalition); Mind; Place2Be; The Mix; YoungMinds. 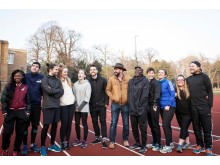 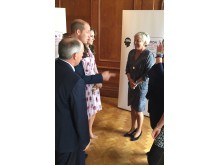 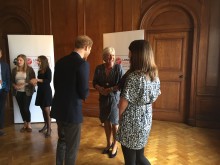 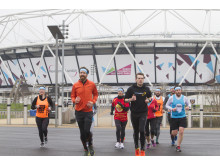 CALM and Heads Together r... 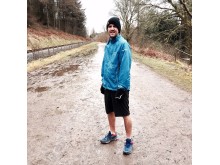 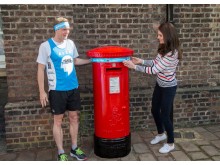